You are here: start / fuss / hardware

Right next to the Intel Southbridge Controller we have the unused CN11 connector for SSD (page22). The schematic is as-seen from the underside of the motherboard:

The USB leads on the CN11 are on the side closest to the Southbridge and numbered Q1 to Q4. A sketch from the top part of the motherboard is the following:

The last two leads Q3 and Q4 are placed slightly under the plastic glue that holds the Southbridge onto the motherboard (pins 7 to 1 on the previous sketch). It can be pushed aside slightly or cut and melted using a good cutter. The reason that you cannot connect to the bottom side of the motherboard to CN11 is that the HDD sits directly on top of it.

tnkgrl has an USB mod, but she pulls the leads from the SD connector directly from RN42 (by grafting wires on top of the SD connector pins). CN11 on the other hand is placed next to the trapdoor, on the bottom of the Aspire One, where you could slip a small USB hub.

ISO 10487 is a standard connector that is used in the radio unit (head unit). There are contacts for the power supply off / on (controlled by the ignition key), the speakers and automatic antenna. 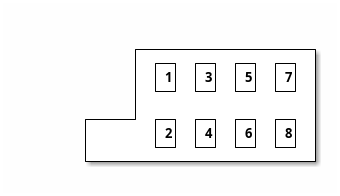 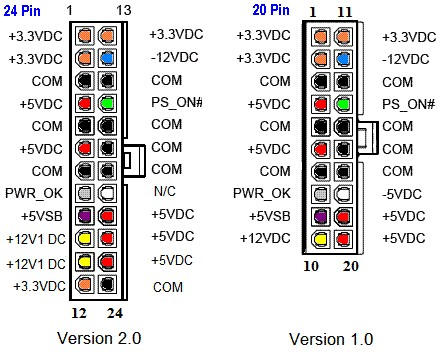 To start the power supply, connect PS_ON# to COM.

To calculate the hard-drive space:

is the number of bytes.

With the X50 turned on, press and hold the power button at the top of the unit. While holding the down power button, use the stylus tip to press the "Reset" button on the back. Allow the screen to fade to off. Release both buttons. The unit will power back on and display a menu to confirm the hard reset request. The Axim will be hard reset, just as it was when it left the factory.

During the era (cca. 1993/4 the 2GB limit was prevalent in DOS before Windows95 OSR2 hard-drives that supported over 2GB limits, a 63-sector program called OnTrack sat as a DOS TSR and translated hard-drive calls by 63-sectors.

In Linux, using fdisk, assuming that the drive is /dev/sdb we can list the partition table and get something like:

To mount that partition directly, we can issue:

Another approach is to use lopsetup:

So, to mount /dev/loop0p5 we would calculate

and then mount the partition:

In case you ever got the crazy idea of using superglue to fasten a component onto a PCB and now have a change of heart, the following procedure seems to work flawlessly and removes the superglue:

Rinse and repeat as many times as necessary.

The conveyor belt between the gear and tray assembly must be cleaned. 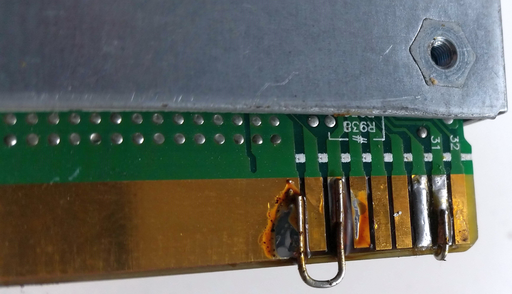 It appears that molex power distributors are tough to come by, perhaps due to the fact that all hardware is standardized and designed to reduce the number of cables necessary to wire a computer. When building a custom computer such as an Amiga with non-standard hardware, the cabling can become pretty complex such that the airflow within the chassis may end up greatly reduced and thereby increase the heat on various components.

Using a simple blank PCB and 1-to-1 connections, as well as some magic putty a molex power distributor can be created that will provide power to various components from the same power outlet. 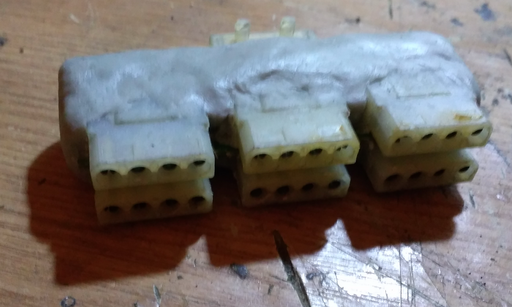 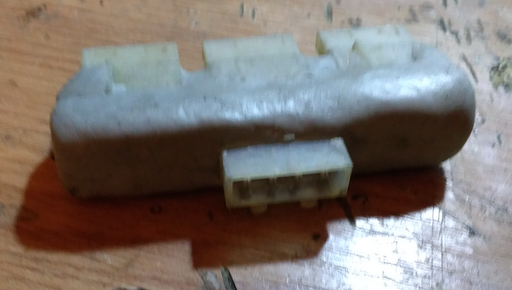 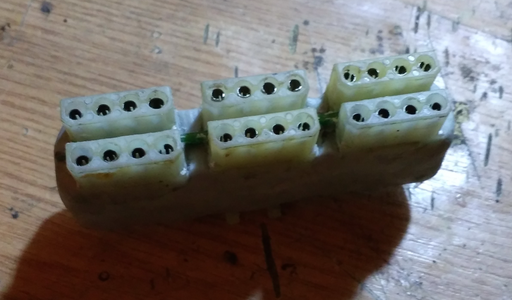 Magic putty is designed to be sanded down such that a nice finish can be given to the component after everything is checked to work correctly.

Note that the connections between the molex pins have to be perfect and continuity can be verified using a multimeter, preferably by testing with the built-in continuity tester as well as measuring resistance between the pins up to a few megohms.

Tray rack fans are meant to be inserted between the various layers of servers in a rack cabinet. Unfortunately, tray rack fans seem to be rather expensive contrasted with how they are designed to operate: a rack fan consists more or less of 4 standard

PC fans, perhaps a switch, a potentiometer or a thermal sensor to regulate the speed. All of this comes at more or less USD100 and the price most likely gets inflated due to the equipment being considered "industrial" and meant for enterprises.

However, most of the suggested complexity is not required and even the PCB can be left out at the cost of severing the connections between the fan headers and then connecting the leads directly to

whilst making sure that the fans are coupled in parallel.

NVME tends to dissipate a lot of heat such that many heatsinks are too small to cool down the NVME module. One such case is an Intel NVME wrapped inside an "Axagon" heatsink. 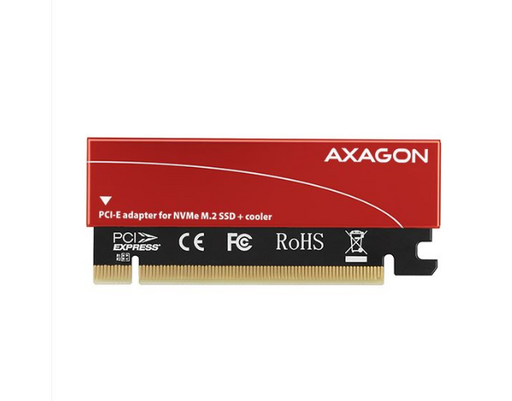 The aluminum heatsik heats up way too much for the Intel NVME. One solution is to extend the heatsink using some RAM coolers such as the Arctic RAM module coolers. For a good thermal contact, the paint is brushed off the Axagon heatsink and off the Arctic RAM cooler. The two bare aluminium parts are then connected using a two-part Arctic thermal compound paste.

It does not matter which RAM module is used as long as it is good at dissipating heat - the Arctic RAM cooler was chosen due to the protruding lamelles that would help in dissipating the heat provided good airflow throughout the chassis.

Desk vises are frequently used for PCB repairs and sometimes it would be nice to be able to see through the PCB or ensure that the various circuit traces are in order. So why not add a backlight such that a PCB can be illuminated from the back and reveal any defects.

in order to allow the light to be powered via an USB connector. The design can be improved, perhaps by adding an UV light instead of the LCD strip in order to be able to see damages to the board due to capacitor leaks.