You are here: start / fuss / ubiquitous_game_cheats

Ubiquitous cheats rely on exploiting the underlying technology rather than exploiting game code and should be universal enough to be used in any games, including online games.

A CPU jammer software can be created that will overload the CPU with, say, computationally difficult to solve problems, thereby achieving a lag effect. The lag can then be leveraged to get through portions of games that require (too) quick reflexes.

This cheat can be achieved through hardware for handheld consoles, such as the Gameboy DMG variable oscillator mod, by simply replacing the oscillator with a half-frequency oscillator for half speed.

Perhaps the most attractive part of this ubiquitous cheat is that, depending on the task within the game, the cheat should work for massive multiplayer online games too - or rather, games that require Internet connectivity (Punkbuster) since such games allow a certain tolerance threshold before the game considers the player to have a severed connection.

One of the oldest trick in the books is to use the Save & Load feature of games that require you to pass a test before proceeding on with the main storyline. The principle is easy to comprehend: save when you win and load when you lose.

For instance, this cheat works wonder in Leisure Suit Larry 1 - The Land of Lounge Lizards when the player is supposed to obtain a certain amount of cash to continue the adventure by playing poker. DeusEx or Fallout hacking sequences can also be similarly defeated ensuring that no time is lost. Passing speech tests in RPG games can also be ensured to succeed with the same technique - even when the odds are against the player (in which case the average number of retries can even be computed).

This cheat is unbeatable unless the game forcibly autosaves after every failure of a minigame.

Most games allow changing settings such as brightness, contrast or screen gamma - the latter setting is typical of console games where the game asks you to move a slider till an image can be "barely seen". Most of the time, the darkness works to your disfavour and various game elements (such as items, or clues) will be hidden in darkness. Cranking up the gamma or manipulating the brightness can avoid a lot of trouble with finding the hidden clues. 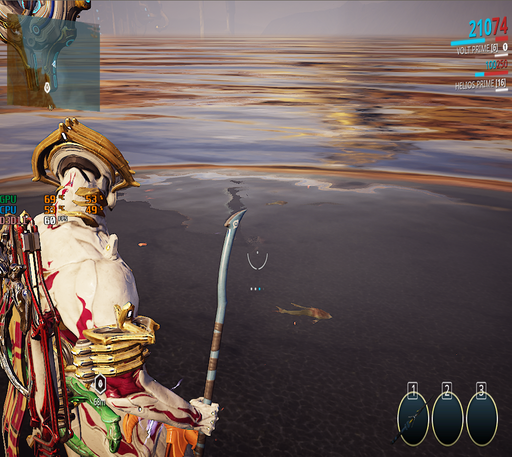 The procedure can range from messing with basic tools such as NVidia control panel or perhaps more advanced tools such as SweetFx / Reshade to remove or enhance graphical elements.

Similarly, a lot of games sometimes have a calibration phase where the player is requested to move a slider till some image is "barely visible" - a request that can be completely disregarded and the player can just slide towards the end of the slider that makes the image entirely visible. Usually games that have such built-in calibrations will also require the player to pixel hunt down the line such that following the instructions to reduce the brightness is just a way for the player to shaft themselves.

Macros can help overcome repetitive tasks and some macros are more advanced than others - there are typical hardware solutions such as mice or keyboards with built-in macro features but more than often you will need some advanced scripting. Examples include:

Autofire can be implemented for any mechanical button - even for desktop computer keyboards by using a timer circuit such as the NE555. The obvious advantages are bypassing button mashing sequences in games or perhaps some form of auto-run in FPS games.

Some game props, particularly walls, are sometimes set to be phantom such that they do not comport themselves as a physical object in order to reduce the load on the physics engine. Usually such walls or boundaries (even other objects) are placed in "difficult to reach places" where the developers did not anticipate players to reach. However, sometimes players do manage to reach these difficult places by either:

This usually results in the player being able to take shortcuts, for instance, by walking through walls thereby bypassing the intended geometry of a scene.

One such example is the Hobo: Tough Life wall exploit where a player can use physical props (in this case, a fence) to break through a physical wall. Similarly, just by jumping around, phantom walls can sometimes be found allowing players to escape the geometry.

Cut scenes in games represent moments when the game re-arranges the scene. This implies that states that were there previously are either halted during the cut scene or entirely removed. That being said, it is sometimes possible to escape a difficult situation if the player just manages to trigger a cut scene.

For instance, Guild Wars 1 only registers a quest hand-in when an NPC is reached. Even if the NPC is on the battlefield, then the quest completes and the enemies vanish. Other examples include games where the enemies will just be suspended and not deal any damage whenever a quest NPC is being talked to.

Similarly related is saving the game that sometimes implies that the game will be halted for a few moments. Some games save whilst additionally displaying a cut scene, in which case, the game will most likely be interrupted for the duration of the cut scene.

With unbelievably few exceptions, games are rigged for the player to act with a "good" alignment. This is either because being evil is not a fully developed branch but most of the time this is because "evil" is self-destructive. One cannot be, truly evil since evil is self-defeating.

For instance, even if Dungeons & Dragons (in its computer game form) allows a player to be chaotic evil, it is still impossible for that player to be truly evil and additionally finish them game - simply killing off a story-related NPC will not allow the player to progress; otherwise, the key NPCs will have to be made invincible. Dungeons & Dragons in its pen and paper form would imply a DM that can use divine intervention in order to prevent a player from messing up the game but a computer would not anticipate, say, killing off a team member or killing off a key NPC since the decision branch would be way too large.

Examples such as Tryranny are equally sensitive - in Tyranny, "evil" might be implied by the story but not necessarily by player actions. Player decisions, may be political where some choice may lead to consequences that may be considered "evil", but the player is still restricted to doing what they are told (regardless the side).

Most of the other RPG games such as Fallout imply a "good" playthrough where the player essentially gets rewarded for being "good" and punished for being "bad". Ie: rewards are given to completing quests, not rejecting them, NPCs offer goodies and killing them off results more than often in no loot at all, etc.

Winning a game, without any other additional information, would imply a "good" playthrough as a best guess, since statistically it is the choice that most games prefer.