You are here: start / secondlife / zombies 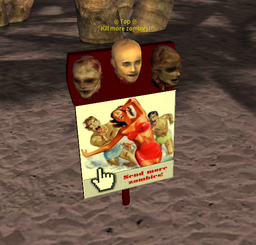 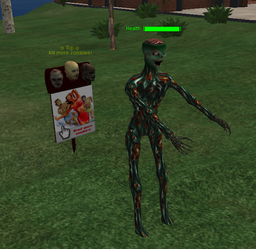 One of Second Life's most popular game is to shoot zombies. This assembly provides a rezzing sign and animated zombies with a health-bar that people can shoot. Additionally, we add a ladder-board to track the amount of zombies killed by each agent. The ladder-board will only display 5 agents but will still keep track of other participants. 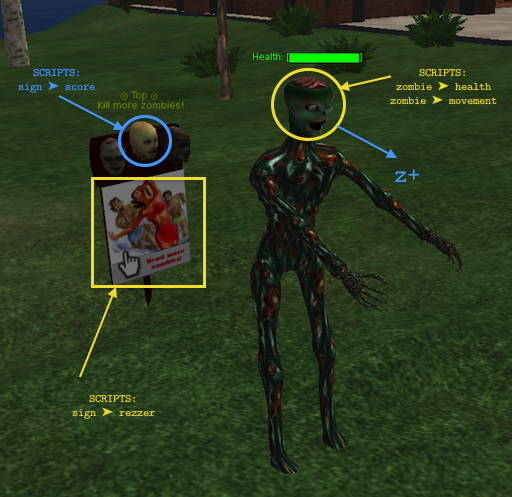 The following is an export containing both the zombie and the display sign that can be imported using any SecondLife or OpenSim viewer.