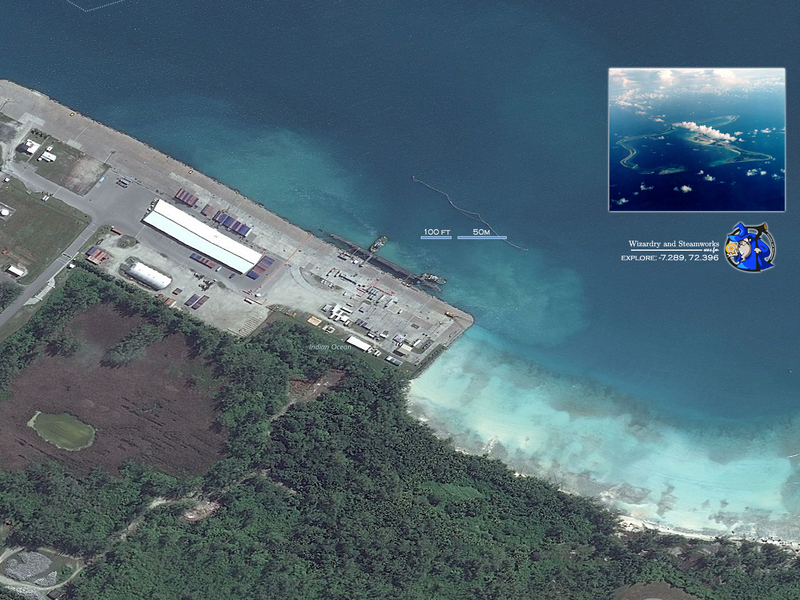 The atoll is approximately 1,970 nautical miles (3,650 km) east of the coast of Africa (at Tanzania), 967 nautical miles (1,790 km) south-southwest of the southern tip of India (at Kanyakumari) and 2,550 nautical miles (4,720 km) west-northwest of the west coast of Australia (at Cape Range National Park, Western Australia). Diego Garcia lies in the Chagos Archipelago at the southernmost tip of the Chagos-Laccadive Ridge — a vast submarine range in the Indian Ocean, topped by a long chain of coral reefs, atolls, and islands comprising Lakshadweep, Maldives, and the Chagos Archipelago. Local time is UTC+06:00 year-round (DST is not observed). ~Wikipedia

Nice submarine! It's either Vanguard or Astute-class. Seems to be over 100m, so Vanguard?