Intersection Between a Plane and a Segment 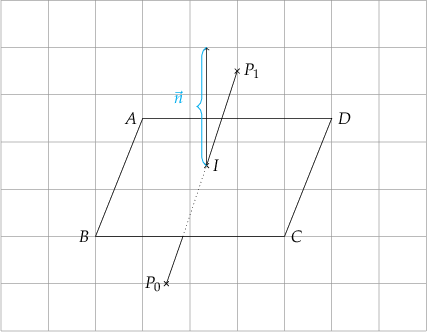 intersect the plane formed by

in any (or all) generic point

The line equation in parametric form can be expressed as:

is the intersection between the segment

will yield points on that segment.

The equation of the plane can be expressed as:

can be any known point in the plane

We plug the line equation into the equation of the plane:

and distribute the normal vector

then group on the right-hand side of the equation:

and collect again for

we obtain the equation for

Now, based on the equation, we can make the following judgments: