You are here: start / fuss / vindictus

and can be crafted by Brynn at the Magic Laboratory in Colhen (the main starter city) for 100.

The base stats plot shows that Intelligence is the base stat that benefits mostly from an investment in action points. This is followed closely by Agility. As the skills reach their maximum rank, starting from 7150AP, Strength and Agility overlap yet Intelligence still increases beyond both base stats. 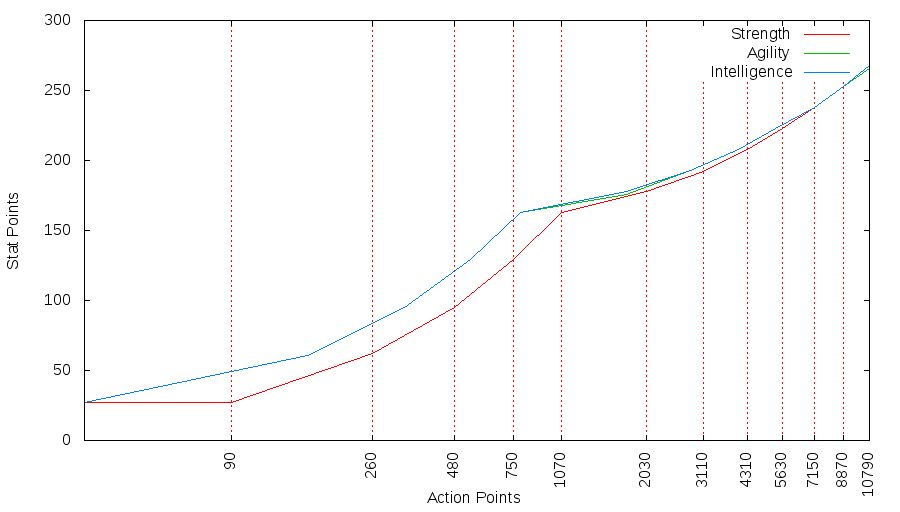 This confirms that Evie, which is Intelligence based is the most economical character to play due to the low investment requirements of AP points versus the early benefits of investing. 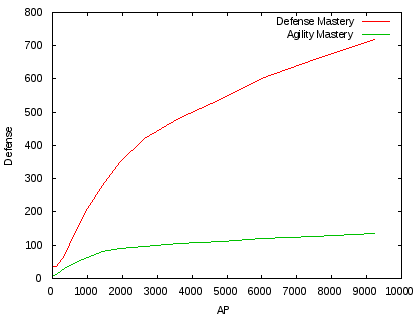 The plot also confirms that Lann is perhaps the best (yet the most expensive) character to play in the long run, due to the fact that Agility and Strength overlap at maxed ranks and that in contrast to Strength (with beneficiaries such as Fiona and Karok) or Intelligence (with beneficiaries such as Evie), Agility has a direct influence on Lann's skill set. Where Lann would increase his ATT from Strength, any point that he invests in Agility will also boost his skills (every 40 points increases Twin Spear Smash damage by 1%, every 47 points increases Gliding Fury and Lightening Fury Damage by 1%, every 38 AP points increases Furious Seven damage by 1%).

There are certain doomed characters, such as Vella, Karok or Kai that draw practically no benefit from either Base Stats or Effective Stats. Where Lann would eventually match his ATT to Vella's, Lann would additionally benefit from the bonuses granted by Agility which would make him a better DPS character than Vella. Karok is also a doomed character, except for the fact that he can carry a lot and the same goes for Kai that does not benefit in any special way from Stats. In fact, looking at the Stats, Vella is only mentioned as having a base stamina equivalent to Lann's and Kai benefits from longbow reload time and more SP. 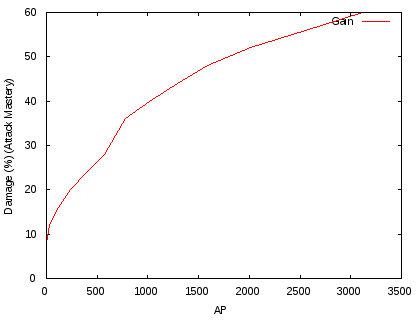