You are here: start / fuss / metaverse_viewer 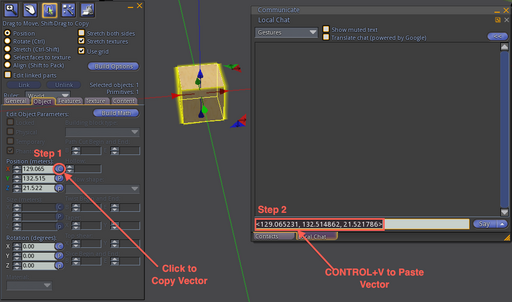 Copying vectors can be done by right-clicking an object, selecting the Object tab and then clicking the round (C) button next to either position, size or rotation input boxes. Then, by pressing Ctrl+V or using the menu Edit→Paste.

The shortcut to print a texture info is: Ctrl+Alt+Shift+T

After some testing, we consider this light-speed rezzing… It really blasts all other methods away.

Some *nix flavors, as well as Windows, have options for creating (mounting) a drive that represents a slice of your RAM. Consider, if you have memory to spare, offshoring the entire cache to RAM. There may be solutions around that would offer safely mounting and unmounting the drive by writing the cache files to harddrive after shutting down the viewer. This would have the effect that all your transactions are made directly from RAM, which would offer an incredible speed compared to hard storage.

If you are on Mac, Snow Leopard onwards, try the following in a Terminal:

which will create a new ram-disk of 1GB size.

You can check by issuing the command in a terminal 'df -h':

Next, configure your cache to write to that folder: 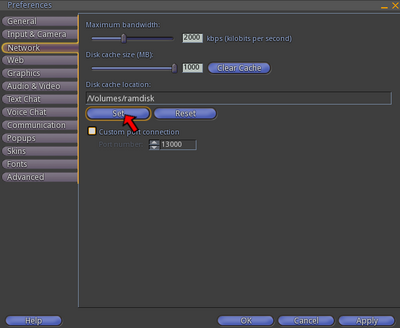 Keep in mind that by using a RAM-disk, whenever you restart your machine, the cache will be purged. If you want to take this to the next level, consider a commercial/third-party solution that swaps out your ramdisk to your hard storage before resetting and then loads it back. You probably could script that as well and spare your money.