Users claim that the ANC is much worse after the official firmware upgrade to 4.1.1. A firmware downgrade is possible to 2.0 by tricking the Sony Headphone Connect Android application to update the firmware for the headphones from a custom server ran on the local network.

with instructions at the top on how to downgrade the firmware.

The version of the Headphones Connect application that was used to perform the downgrades can be downloadeded locally:

The downgrade scripts are attributed to FormalDetail5. 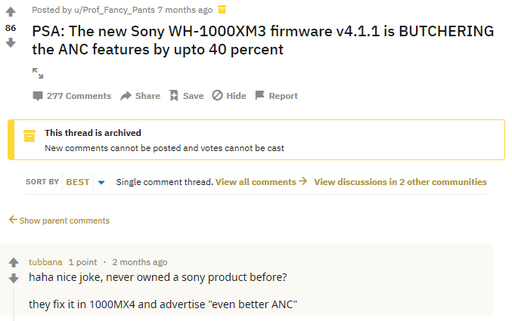